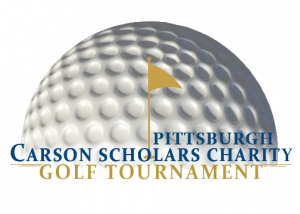 Join us for the Pittsburgh Carson Scholars Charity Golf Tournament on Monday, October 1, 2018 at Laurel Valley Golf Club in Ligonier, PA! Enjoy a beautiful fall day of golf with colleagues and friends while supporting academic superstars from the Pittsburgh area.

Spend the day on the course with Rickey Jackson, NFL Hall of Famer, former linebacker for the New Orleans Saints and the San Francisco 49ers, and alumnus of the University of Pittsburgh!

Sponsorships and individual registration may be purchased online or by contacting Jo Weisgal: jweisgal@carsonscholars.org or 410.828.1005

Laurel Valley Golf Club is located just south of the Pittsburgh suburb of Ligonier, Pennsylvania. Designed by Dick Wilson and renovated by Arnold Palmer, Laurel Valley Golf Club opened in 1959. Since its opening, the club has hosted two notable tournaments: the 1965 PGA Championship and the 1975 Ryder Cup. Other tournaments played at Laurel Valley include the 1989 U.S. Senior Open, the 2001 Marconi Pennsylvania Classic and the 2005 Senior PGA Championship.