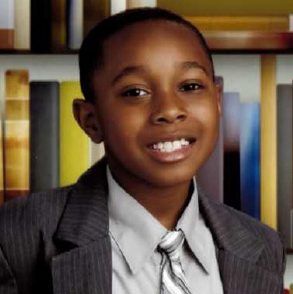 Jomiri is a 5th grade student at Brooks Global Studies in Greensboro, NC. Jomiri volunteers for the Greensboro Housing Authority, where he wrote a grant for the Gift of Giving for Guilford County based on literacy and how reading empowers youth. He was awarded a generous prize for presenting such a prestigious document. Jomiri is active in the community lending a helping hand to those in need. At school, he is a member of the Robotics Club, Drama Club and is president of Student Council. In his spare time, Jomiri enjoys playing basketball, bowling, reading and wrestling.

The first ever Greensboro Awards Banquet was held on Wednesday, April 13th to honor scholars from the Piedmont Triad area. The inaugural event honored 29 new and 11 recognized scholars from the region in the company of their families, educators and community leaders. “This is Greensboro” host, Rosemary Plybon, emceed the ceremony with grace. New 2016 Carson scholar, Jisoo Kim, captivated the room while reading her essay chronicling her inspiring life story.  CSF Hall of Fame Inductee, Sreya Atluri, delivered impassioned remarks to the new scholars encouraging them to follow their dreams. Dr. Ben Carson’s video message encouraging scholars to aim for the stars resonated with the high-achieving audience. Renowned speaker and author, Dr. Gary Chapman, delivered the keynote address sharing practical advice on relationships and respectful communications. At last, 2016 Carson Scholars were called to the stage to receive their medals and certificates from Dr. Craven Williams and Guilford County Board of Education Member, Mr. Ed Price.

Photos from the Greensboro Awards Banquet

The Greensboro, North Carolina Chapter of CSF held a highly successful fundraiser in April 2015 at the Carolina Theater.  The event was held to engage the community in a series of events supporting education and closed with a speech delivered by Dr. Benjamin Carson. In 2016, the new Greensboro Chapter will award exceptional students with college scholarships and supports the Ben Carson Reading Project. 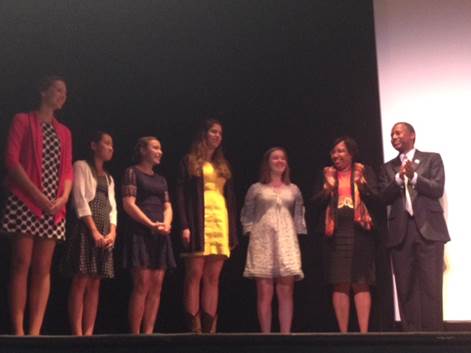 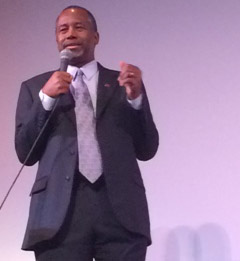