On Tuesday, April 23, over 500 guests attended the 10th Annual Florida Carson Scholars Awards Banquet in Bonita Springs, Florida. This year, 46 new Carson Scholars and 141 recognized Carson Scholars were honored throughout the evening. Morning news anchor Greg Parker from ABC-7 was on hand to emcee the event.

Two-time Carson Scholar Alexander Mankin delivered the Pledge of Allegiance followed by a benevolent invocation by longtime supporter of the CSF, Johnny Sheppard. 2019 Carson Scholar Sophia Salamanca delivered her scholar essay encouraging fellow scholars to strive for social change and never give up on their dreams. Dinner was served as a slideshow of past and present Carson Scholars was shown on two large viewing screens.

Dual recipients of the Generous Heart Award, Cissie Graham Lynch and Corey Lynch, shared inspiring stories from their work with the international relief fund, Samaritan’s Purse. They emboldened scholars to be advocates for the world’s weakest citizens and give generously to those in deepest need.

Maya Allione, a six-time Carson Scholar from Ft. Myers, introduced Dr. Ben Carson for his keynote address. Dr. Carson imparted words of wisdom to the future leaders highlighting the importance of setting goals and using your God-given gifts to accomplish them. View photos from the banquet.

The soothing, oceanic aquamarine waves rolling in to caress the sand captured the sights of the guests through the long bank of windows spanning one entire side of the Harborside Convention Center of Fort Myers, Florida. This gorgeous vista, witnessed by all as they checked in to attend the 7th annual Florida Carson Scholars Banquet, is a very tangible representation of the limitless possibilities open to the newest Carson scholars! Read more.

Around 600 academic enthusiasts gathered in Bonita Springs, Florida at the Hyatt Regency Coconut Point Resort & Spa for the Annual Carson Scholars Awards Ceremony in the state!  This is the largest assemblage of scholars ever in Florida!  And it is the first time “repeat scholars” were honored. Read more. 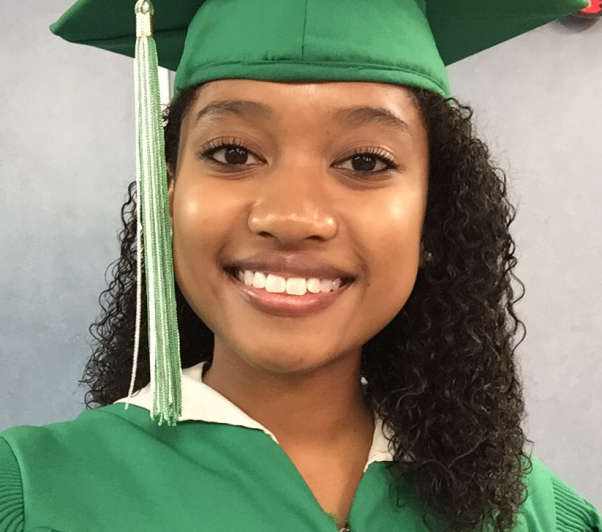 Erika is a 12th grade student at Fort Myers High School in Fort Myers, FL. Erika is a member of the Heath Occupation Students of America, Interact Club and Pay It Forward Club. She is also a member of various honor societies including the English, Math, Science and Social Studies Honor Societies. She enjoys playing the violin, running, reading and creating videos. Erika volunteers at a local hospital in the general medicine department assembling admission kits, assisting doctors and nurses with different tasks, checking up on patients, gathering information folders for patients and renovating the reception area. She also serves as a student tutor in the areas of math and science, and volunteers at the Ronald McDonald House.