A Successful “Evening of Inspiration” 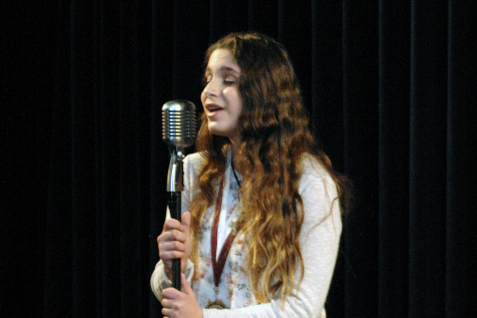 The Carson Scholars Fund hosted an Evening of Inspiration on January 20, 2020, at 18th & 21st in Columbia, Maryland, an establishment inspired by a Prohibition era supper club. Our hosts for the evening were proprietors Steve and Patti Wecker. The fundraiser coincided with MLK Day and A Day of Service. We had a packed house for the event as we hosted over 100 people who came from Maryland, Pennsylvania, Florida, New York, Virginia and Washington, DC.

The program began with an introduction by Dr. Nancy Grasmick, President of the Board of Directors. Dr. Grasmick announced that, in acknowledgement of the Wecker’s generosity, a 2020 Carson Scholar would be named in their honor. She then introduced Dr. Benjamin Carson who reflected on how Dr. King’s inspirational leadership still resonates within our society and how it impacted him personally. An audio remix with Dr. King’s iconic speech and stirring music was played offering time for reflection.

The emotional momentum continued as three Carson Scholars came to the mic. Five-time Carson Scholar Mark Rosser performed a powerful rendition of “You Raise Me Up.” Co-founder Candy Carson followed with an overview of the CSF’s initiatives. Joe Wyrwas, four-time Carson Scholar and Hall of Fame member, expounded on the impact that being a Carson Scholar had on him as a young man. The fundamentals and traditions of the CSF have influenced both his career and his work as a volunteer with a youth leadership organization in Maryland. Four-time Carson Scholar Erica Egleston concluded this portion of the program with a performance of “We Are All Made of Stars”. The crowd applauded with Dr. Carson when he expressed to the audience to remember Erica’s name because we would be seeing it in lights one day.

The program culminated with a keynote speech by Dr. Carson which focused on inspirational leadership. Dr. Carson suggested that intelligence is not the solitary element of great leadership. He continued saying that while there are many people who may come to mind who are intelligent, if they lack altruism, compassion and a regard for others, their intellect is truly self-serving and not a reflection of leadership.  Dr. Carson ended the program by explaining the THINK BIG philosophy which is a fundamental component of CSF initiatives.

While the room was charged with energy, Mr. Steve Adler, CSF Board Member, rallied the room with a stirring Call to the Heart asking those in attendance to please support the initiatives of the organization by funding a 2020 scholarship. He also encouraged everyone to join in by taking part in a 50/50 raffle.  A cheer went up as the raffle winner was selected, and then graciously contributed his winnings back to the CSF.

The event raised $24,000. It was a wonderful, inspirational evening filled with reflection, mingling, and great food and drinks.

Click here to view the photo gallery from the event.