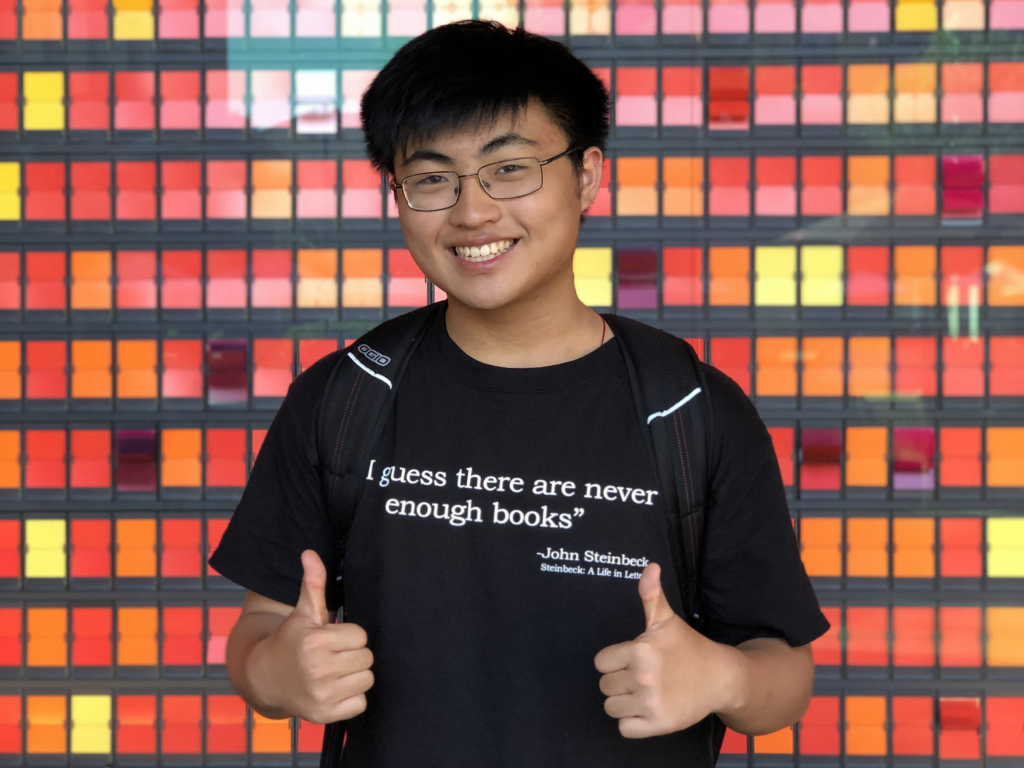 Please share a little more information about your specific work/role with this project:

I have actively participated in the the Baltimore City Teen Court program since my freshman year. The Baltimore City Teen Court is the youth diversion program part of the “Maryland Youth and the Law” 501(c)(3) nonprofit that helps provide many underprivileged and at-risk youth, who have been court-placed for misdemeanors or suspensions, with a second chance without harming their academic record.

I joined Teen Court because I believe that only the power of the youth can restore Baltimore’s restlessness. As a senior juror, I focus on restorative justice, in which I work with the other jurors to think not only about the respondent’s faults in a case, but more significantly, about what “sanctions” to pass for the respondent’s greatest personal development and for the betterment of the community. These sanctions are never to punish, but rather to serve as catalysts for change.

In November of 2019, four other jurors and I represented the Baltimore City Teen Court at the American Bar Association Criminal Justice Symposium to advocate for diversion programs, sparking the interest of many high-profile lawyers, both American and international, to open youth court programs in their own states and countries.

What inspired you to be a part of this project?

I have always been interested in law and justice. I began my journey with MYLAW as a member of my school’s mock trial team, later learning about the Baltimore City Teen Court program after participating in the MYLAW Summer Law Academy. I began volunteering because I wanted to help at-risk and court-placed youths.

I found that Teen Court provided an invaluable opportunity to learn first-hand about the jury system, the juvenile justice system, and the legal process in a real setting. I particularly appreciated the opportunity to practice empathy and consider situations from the various perspectives of the respondent and my fellow jurors.

What is one of the most challenging parts of working on this project?

A large challenge is the lack of guidance and love directed toward at-risk youth. Baltimore’s high-crime rates are also reflected in the Baltimore City Teen Court. Having a chance to inquire about the respondents’ background, I learned that many youths did not have role models growing up. Many charged with assault saw fighting as the only means to resolve conflict. Some valued pumping gas over education. More often than not, what they needed was not to be reprimanded, but rather, empowered in the right direction.

As a high schooler, I am limited in the amount of guidance I am qualified to provide, so I make the best of the sanctions at the jury’s disposal. To address the issue of role models, I especially value pairing the respondent with an adult mentor to help the respondent plan out their next five, ten, and fifteen years.

What has been the most rewarding part of working on this project?

It is heart-warming to see past respondents willingly return to volunteer as jurors. I have spoken to many respondents at the Baltimore City Teen Court with attitude, academic, or anger management problems who put up a tough front to hide their pain, so it takes listening, respect, and determination to break through to them.

When respondents are willing to return as jurors, it is very often a sign that they felt that Teen Court played a significant role in leading them toward a brighter direction, and they hope to pay it forward for other respondents. When it comes full circle, I feel incredibly glad.

Who is one influential person you look up to and why?

I learned very much about service from David Kane, a mentor and volunteer chess coach. In 2012, I walked into David’s chess club for the first time, shy and guarded. His warm voice called out to me amongst the twenty kids crowded around his chessboard, changing my life forever. David co-founded this local, free, library-based chess club in 2008.

I admire David for his integrity and attention to the individual. As a leader, he always makes sure that each kid feels more and more confident as players and individuals. He is the definition of a consistent, warm presence, always promoting a positive environment in the community and proud of each child’s growth.

Twelve years later, he still treats newcomers and returners with the same humble grin and enthusiasm as if it were his first-time volunteering. At Teen Court, I try to follow the values he embodied by putting personalized effort into every detail to create a comfortable, inspiring environment for others.

What are your goals for the future, not related to the current projects you are working on?

I have found my experience with Teen Court to be particularly fulfilling for not only the respondent, but also for myself. Teen Court has given me a new empathy for others far beyond the surface level, taking into account one’s family, school environment, friend circle, and other circumstances, teaching me how to provide the proper care, guidance, and rehabilitation for hurting youth.

I hope to take this passion into a career path in juvenile law to defend under-represented communities, to provide those who need help a voice, and to establish more restorative programs to reform youth respondents into role models for the generations to come.

What would you say to motivate younger students to get involved in service work?

I believe that the first step to getting involved in service is putting others before oneself. As a juror, I recognize that I am involved in a crucial moment of someone else’s life, so it is essential to understand their perspective, their hardships, and their dreams. I would suggest to anyone interested in service to always listen before speaking and keeping an open-mind.

Are there any other details that you’d like to include?

I am incredibly grateful to MYLAW and Ms. Shelane Bell, the program coordinator, for running the Baltimore City Teen Court and providing respondents and jurors alike a chance to learn and improve. I appreciate the opportunities I had to work alongside with judges and students from the Carey Law School who took the time to support the program. 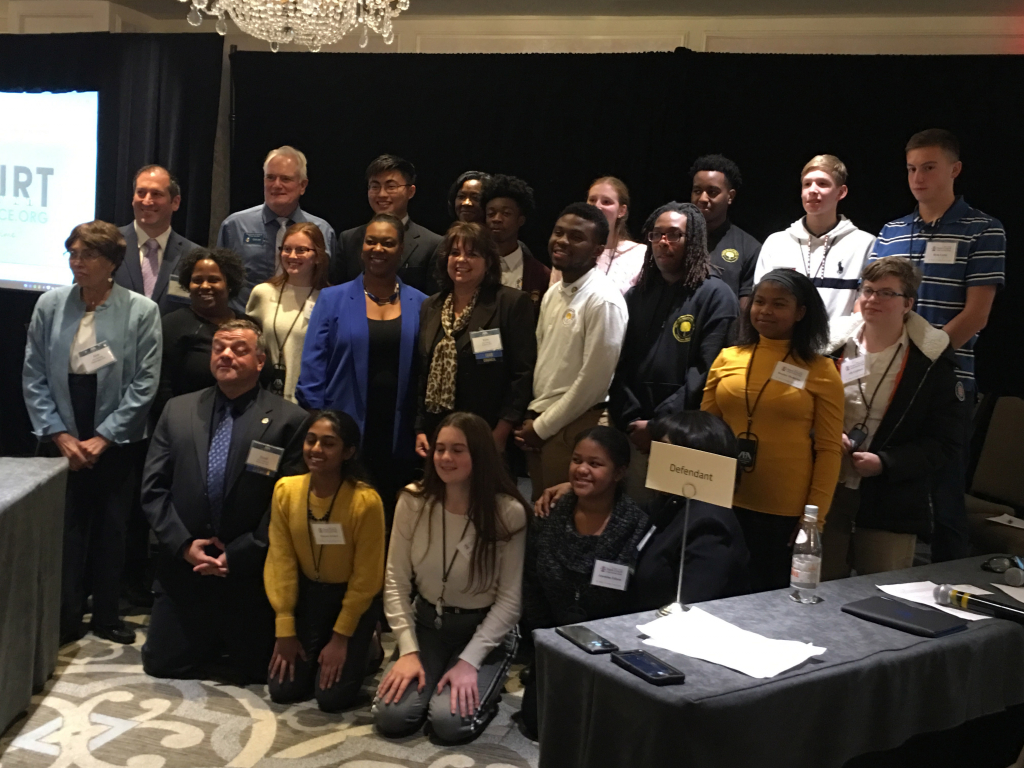 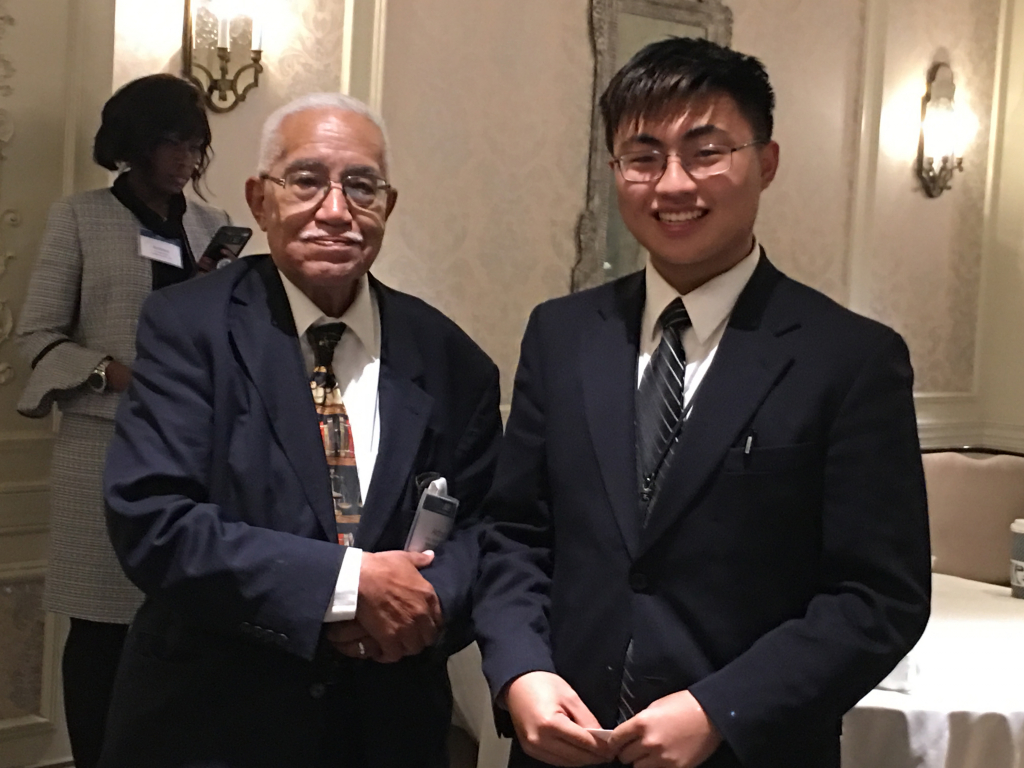 Above: Philip Wang with the Hon. Arthur L. Burnett Sr.,The first African-American U.S. Magistrate Judge of the Superior Court of the District of Columbia.