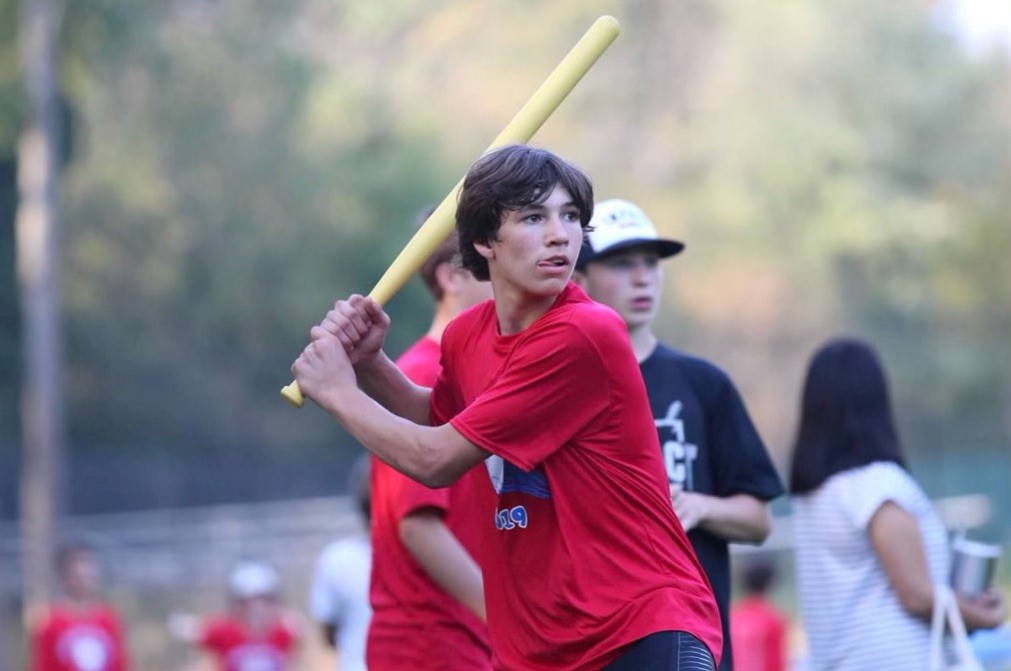 Since 2016, I have raised over $42,000 and spent over 500 hours working to address the racial and economic disparity in Baltimore City. Initially, I proposed an idea to the commissioner of my little league, Roland Park Baseball Leagues (RPBL).  I offered to organize a fun community wiffle ball tournament for kids where we could collect used equipment to donate. RPBL agreed to support the event and I set up a table at the league’s closing ceremonies to advertise the tournament. There I happened to meet the baseball coach of Carver Vo-Tech, a high school in west Baltimore.  He told me about his program and how little funding they received.  Suddenly, my vision for the tournament changed.  I decided that the event should raise funds for his school’s team instead and RPBL agreed.  With a greater sense of purpose, I turned my idea into a structured annual event called the RPBL Fall Classic.  To date, the tournament proceeds have supported multiple sports programs at Carver and another Baltimore City high school (Patterson High School) and provided funds to help distribute food during the pandemic in Baltimore City communities.

I was generally familiar with west Baltimore after the 2015 protests following the death of Freddie Gray while in police custody. However, until I met the coach of Carver Vo-Tech in 2016, I had no idea of the harsh reality and lack of support facing kids like his players. They had six baseballs for an entire season. Six. They did not have enough gloves for everyone, or enough balls for multiple pairs to play catch during practice. Until that moment, I had only a vague understanding of the disparities holding people in that community back. This was so different from what I knew.  It struck me as incredibly unfair, and inspired me to try and help. Baseball was such a big part of who I was. I formed friendships and learned resilience and determination through the game. I thought everyone should have an equal opportunity to play and learn from baseball, and so I set out to do what I could to give others that same chance.

The most challenging part of this project is managing all the tasks that need to be done to pull it all together while balancing my schoolwork and athletic commitments. In addition to managing the tournament logistics on the day of the event, the RPBL Fall Classic has many different parts – including sponsors, t-shirts, games, a home run derby, concessions and a bake sale – and keeping them moving forward and organized is challenging. To make this happen, I have worked over 120 hours each year and have engaged the help of many great volunteers. At the end of each Fall Classic, however, I know that all the effort was worth it and I can rest for a few months before beginning to plan and execute the next year’s event.

When I first learned about how little funding Baltimore City high school athletics received, I was shocked.  I didn’t really think I could do much, since I was only 12 years old, but doing nothing wasn’t an option.  I hoped to have 40 or so kids participate and raise about $1,000 so the team could get basic equipment and maybe jerseys.  It has been most rewarding to see that so many other people care too.  In its first year, the RPBL Fall Classic made over $5,300 and had nearly 100 participants.  RPBL asked me to make the Fall Classic an annual event, and each year the tournament has grown in size and proceeds. Thanks to the broad support from businesses and families in the community,  we have been able to provide new equipment for Carver’s baseball players, including gloves, bats, uniforms, cleats, and helmets.  Each player now gets a new jersey and other team apparel. The team now has an annual player recognition banquet.  The school built a batting cage, provided team transportation, and repaired the laundry center to clean uniforms.  Because the funds exceeded the baseball team’s needs, proceeds could be shared with other athletic programs at the school.  As the tournament grew, the proceeds were enough to also support Patterson High School, providing uniforms, equipment and building a batting cage on campus and supporting the softball team too.  The coaches tell me that the resources help them motivate students to make grades to be eligible to play. One coach told me that the funds “enable curated experiences that all young humans, regardless of race or class deserve and need.”  It is great to know that my little idea inspired others to get involved and to contribute to making a difference.

I have always looked up to and admired my father.  As a kid with an over abundance of energy (even for a kid), I often struggled to conform to school expectations and rules like sitting still or remaining quiet.  I could easily have become frustrated by these learning differences.  However, my father encouraged me to use that energy in positive ways, telling me that my energy was a gift that could be used to do good. My father supported me in everything I tried, big and small.  I was not the most athletic of kids, but I wanted to play baseball, and he spent hours practicing with me (at my request).  As a result, I got much better and my confidence grew.  Although he celebrated my successes, more importantly, he taught me to learn from my failures teaching me that every situation, whether good or bad, is a chance to learn and get stronger.  He taught me the importance of hard work and of helping others.  He is someone who always leads by example and treats everyone fairly.  He also tells great “dad jokes” and makes me laugh at just the right moments.

I am looking forward to going to college and majoring in business and environmental science. I have always had a great love of the outdoors and have always envisioned starting and running my own business. I also would like to continue to find and create opportunities to impact my community and want my business to be socially and environmentally responsible.

I would encourage other young people not to ignore the difficult problems facing our society, but rather to do something, however small.  When I first got the idea to hold a tournament, I could never have imagined what it would be become.  Even simple acts of kindness can have a big impacts, but you will never know what you can accomplish until you try.

I would just like to thank all of the volunteers and sponsors who are integral to making this event as great as it is! Without their continued support, the tournament could never have grown to what it is today. I would especially like to thank Wyatt Winstead, a high school freshman, for partnering with me this past year and agreeing to continue to lead the RPBL Fall Classic after I graduate.  Under Wyatt’s leadership I have no doubt that the tournament will continue to have a significant impact on our communities and continue to inspire others to find ways to help those around them.