Learn How We Got Started 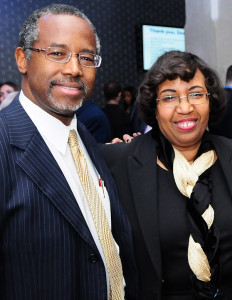 The Carson Scholars Fund, Inc. was founded in 1994 to address the education crisis in the United States. When retired world-renowned Johns Hopkins Pediatric Neurosurgeon Benjamin S. Carson, M.D. and his wife, Candy, read a research study about education in the United States, they were alarmed by the findings. The study showed that our nation’s students ranked #21 out of 22 countries; next to the bottom of the list in science and math. Furthermore, the Carsons observed that many school display cases were filled with large trophies paying tribute to their sports teams’ achievements, while honor students only received a pin or certificate.

Dr. and Mrs. Carson felt compelled to take action. They believed that if children could be taught early to excel, they would stay motivated and have a higher chance of educational success later in life. The Carson Scholars Fund was built on these principles.

Carson Scholarships are awarded to students in grades 4-11 who exemplify academic excellence and humanitarian qualities. Winners receive a $1,000 scholarship to be invested toward their college education, along with a recognition package, and an invitation to attend an awards banquet. Carson Scholars become role models and leaders at their schools. Click here to learn more about our scholarship program.

In his autobiography Gifted Hands, Dr. Carson wrote about how his life was changed once he embraced reading. So as the Carson Scholars Fund grew, the Carsons established a second program – The Ben Carson Reading Project. This initiative, which started in 2000, provides funding and support to schools to build and maintain Ben Carson Reading Rooms – warm, inviting rooms where kids can escape into the world of books. Each room is colorfully decorated and promotes Dr. Carson’s “Think Big” philosophy. Click here to learn more about our Reading Rooms.