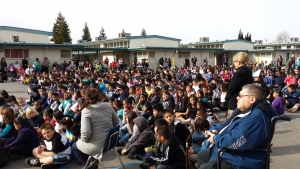 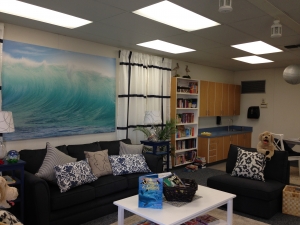 Hoo-ray for Hol-ly-wood…..you may recall the catchy tune! But it doesn’t hold a candle to the excitement barely contained in Sacramento’s Hollywood Park Elementary Reading Room in the southern section of the city! Nautical blues are throughout, starting with a navy, powder blue and white variegated carpet, reminiscent of tiny waves. The requisite books are contained in aqua blue bins, most of the comfy seating is done in soft blue tones, and window coverings to match the table covers are in seersucker blue and white. Amongst the nautical lanterns hanging from above, fisherman’s netting is looped from the ceiling with lobsters and crabs peeking down to catch a glimpse of the latest books. 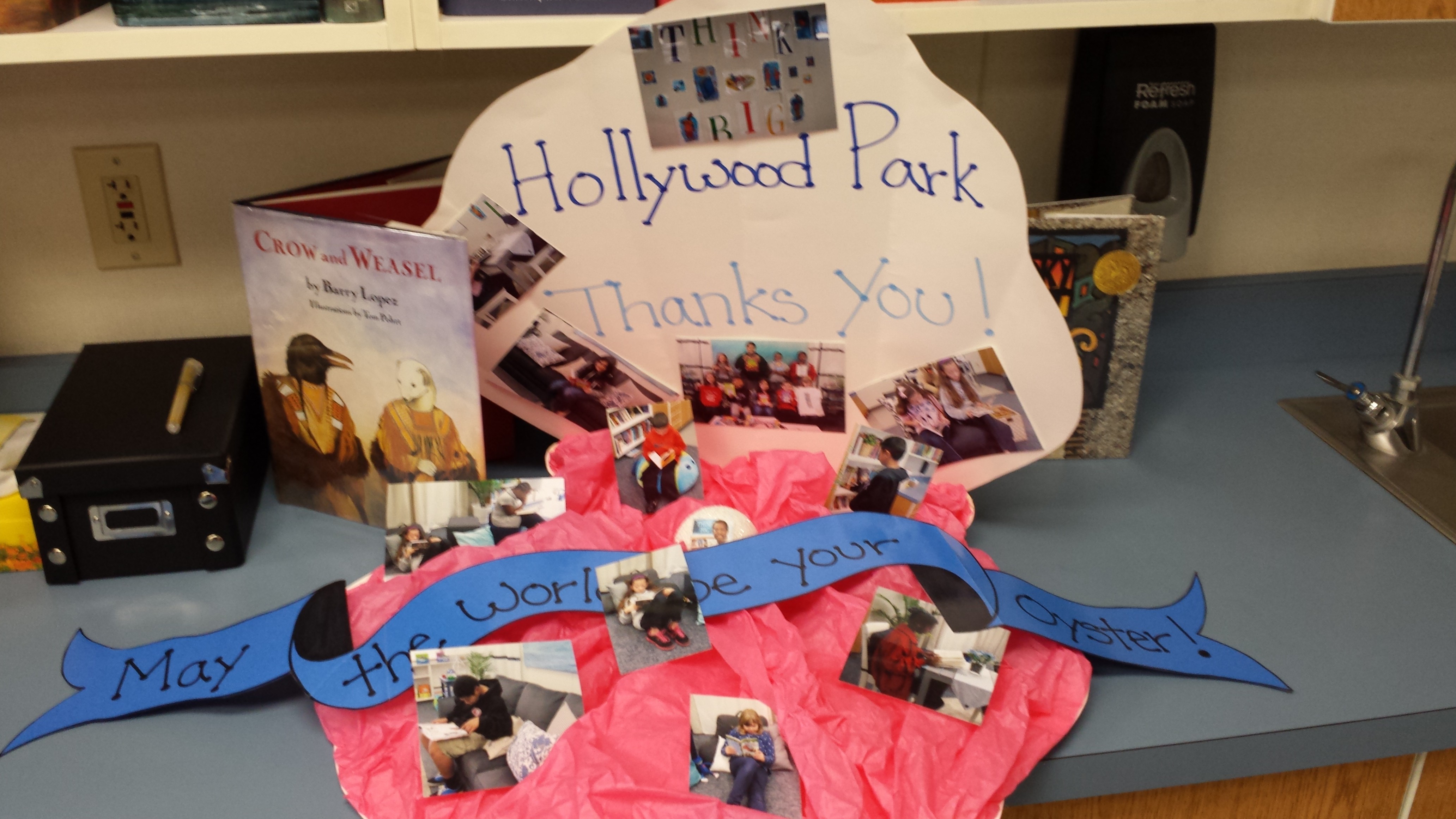 One shelf displays a real blowfish in his glory next to a metal sculpture of a school of fish arranged in the shape of a larger fish! The organizers even found teal and chartreuse striped blowfish beanbag seats! The sand in the clear glass lamps is echoed in a couple of sandy rugs between the blue plush sofas. A 6-foot square framed painting of the perfect wave is situated between two floor-to-ceiling curtains of navy stripes on white, which remind you of French windows… and the idea that “books are windows to the world!” You have to see the photos of this room to catch the entire beauty! Parent decorator Corey Weaver worked tirelessly with Principal Tenley Luke to make this such a haven!