As you approach John Eager Howard Elementary, you are greeted by a colorful and whimsical mural of children in various artistic pursuits, illustrating the school’s focus on creative diversity. Their motto, “Eager beavers aim for the top,” was evident by the impressive way the children carried themselves.

Jay Leno has nothing on fifth-graders, Donnie Adams and Bryiel Webster, who emceed the program in a professional manner. The unique boys club “Male Minds Moving” mentoring program, led by Dean Scott, provided a thrilling montage of orations in soliloquies and antiphonal choruses. The third, fourth and fifth graders were striking in all black, accented by ceremonial Kente cloths and matching hats. As the program continued, each lady who was called to the stage had four or more of these young gentlemen quickly jumping from their seats to be escorts. Many parents and friends from the community were on hand for this special event, including Brooke Hodges, Senior Vice President for Bank of America.

Principal Erma Jefferson gave stirring remarks about the academic potential that will be cultivated by the Ben Carson Reading Room and Mrs. Carson spoke about the fundamental importance of reading. This was followed by a video presentation of Dr. Carson, encouraging the children to explore new worlds through books. Presentations of gifts by the Principal and closing remarks by the Vice Principal, Gale Carter, thanking all who made the Reading Room possible, concluded the program. 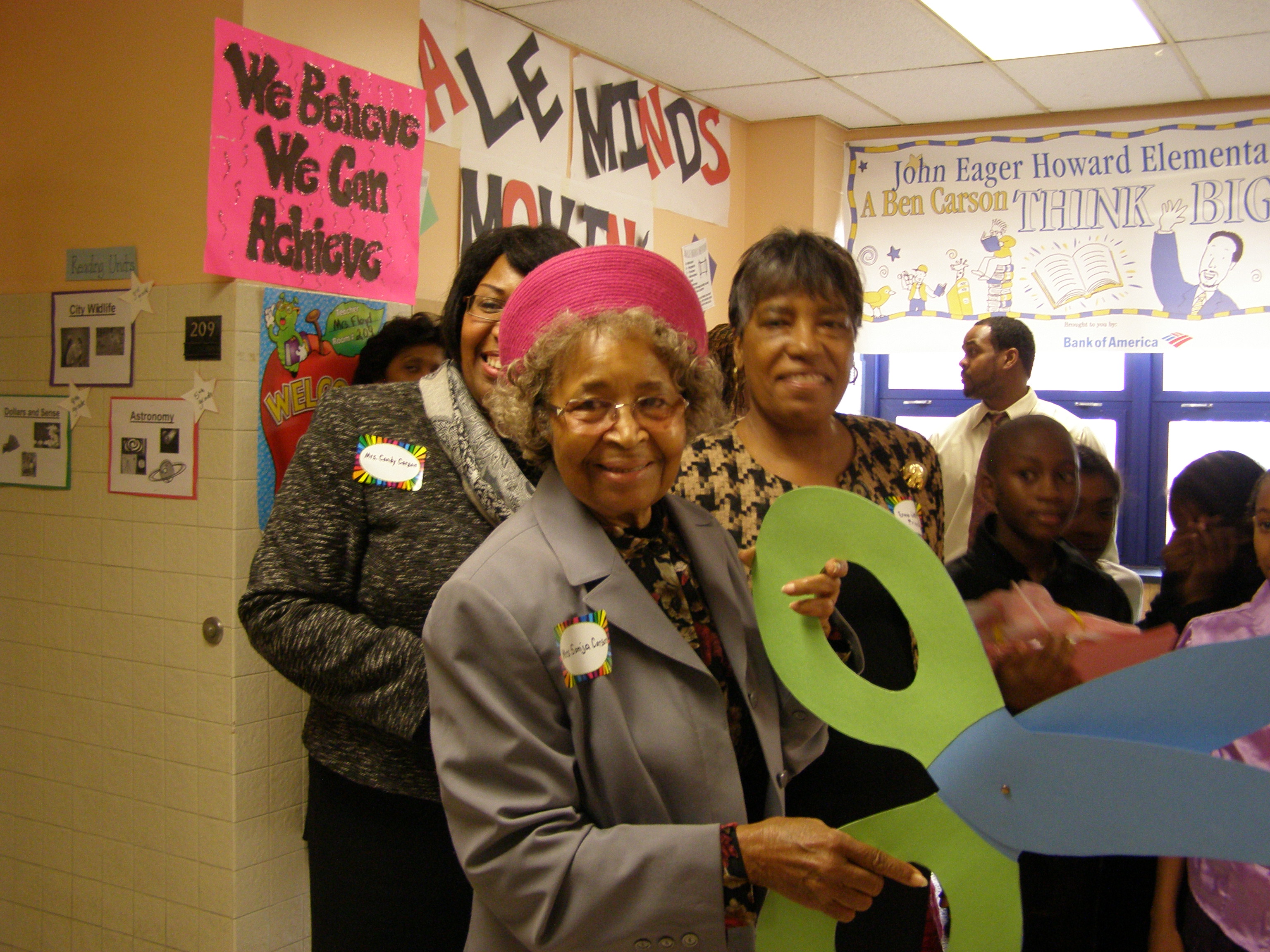 As a special surprise, Dr. Ben Carson’s mother, Sonya Carson (who is also Dr. Carson, since she received an honorary degree), made an appearance. Along with Principal Jefferson, Dr. Sonya Carson cut the ribbon to open the new doorway to excitement in learning at the Ben Carson Reading Room! 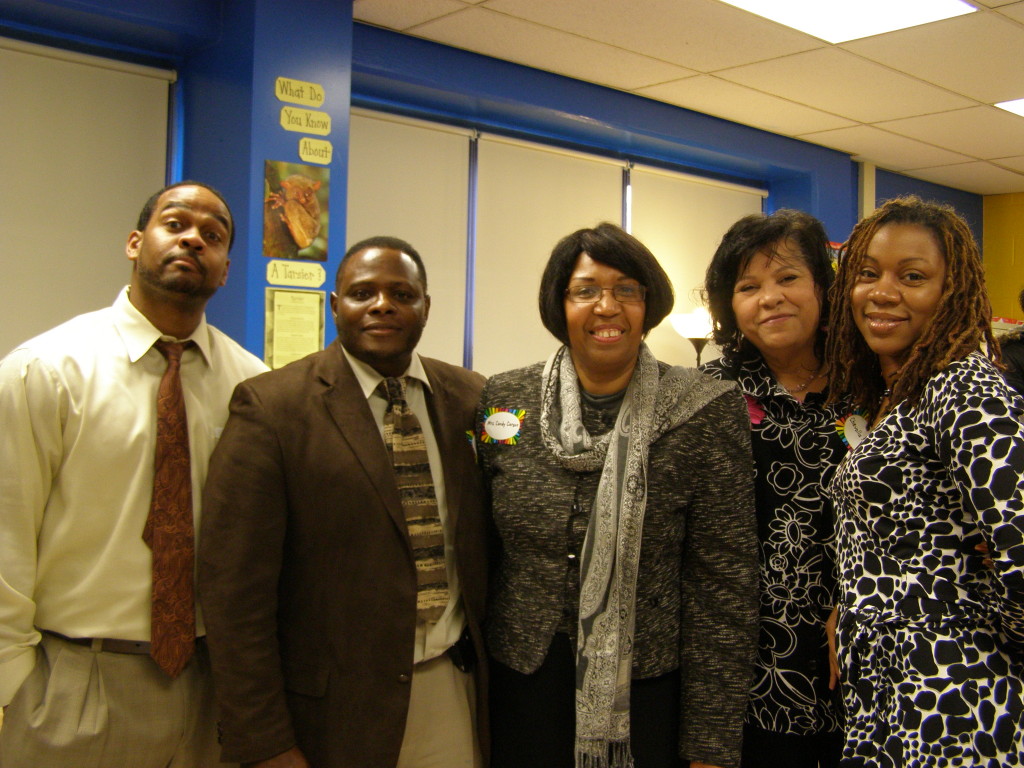 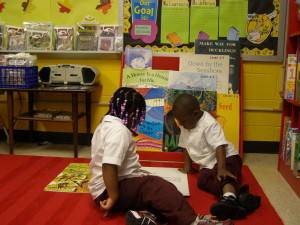 The John Eager Howard Ben Carson Reading Room is brilliantly decorated in bright primary colors, illustrating the primary importance of reading! Canary yellow and royal blue walls with cardinal red bookcases create a cheery atmosphere. Little rocking chairs, bean bags, and child-sized sofas provide comfortable places for the students to relax with a book. Fun exercise fact sheets that encourage critical thinking and increase comprehension are available for children to complete after they have finished their latest literary adventure! The room even has a board where students can post cards on the books they have read to encourage others to read more!