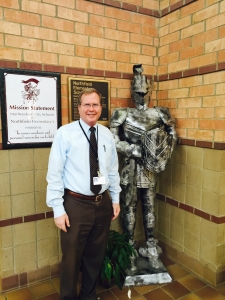 The first Ben Carson Reading Room to open in the state of Tennessee was at Northfield Elementary School, located in the Nashville suburb of Murfreesboro. The idea of genteel respect and chivalry was embodied in their knight mascot! Wherever you went, chivalry thrived and knights were everywhere! On the front of the school near the buzzer, a sign encouraged children saying, “Enter all ye brave Knights.” A steel-grey suit of armor stood on guard as you entered the main office and several armor statues served as sentries in the hallways. The halls were chivalrously named as well. For example, the hallway on the way to 1st and 2nd grade is called Trustworthy Trail, the hall leading to the kindergarten classes is entitled Brave Boulevard and the moniker for the hallway leading to 4th grade classes is Perseverance Place. Even the restrooms had the words ‘Lords’ and ‘Ladies’ written in Gothic lettering! 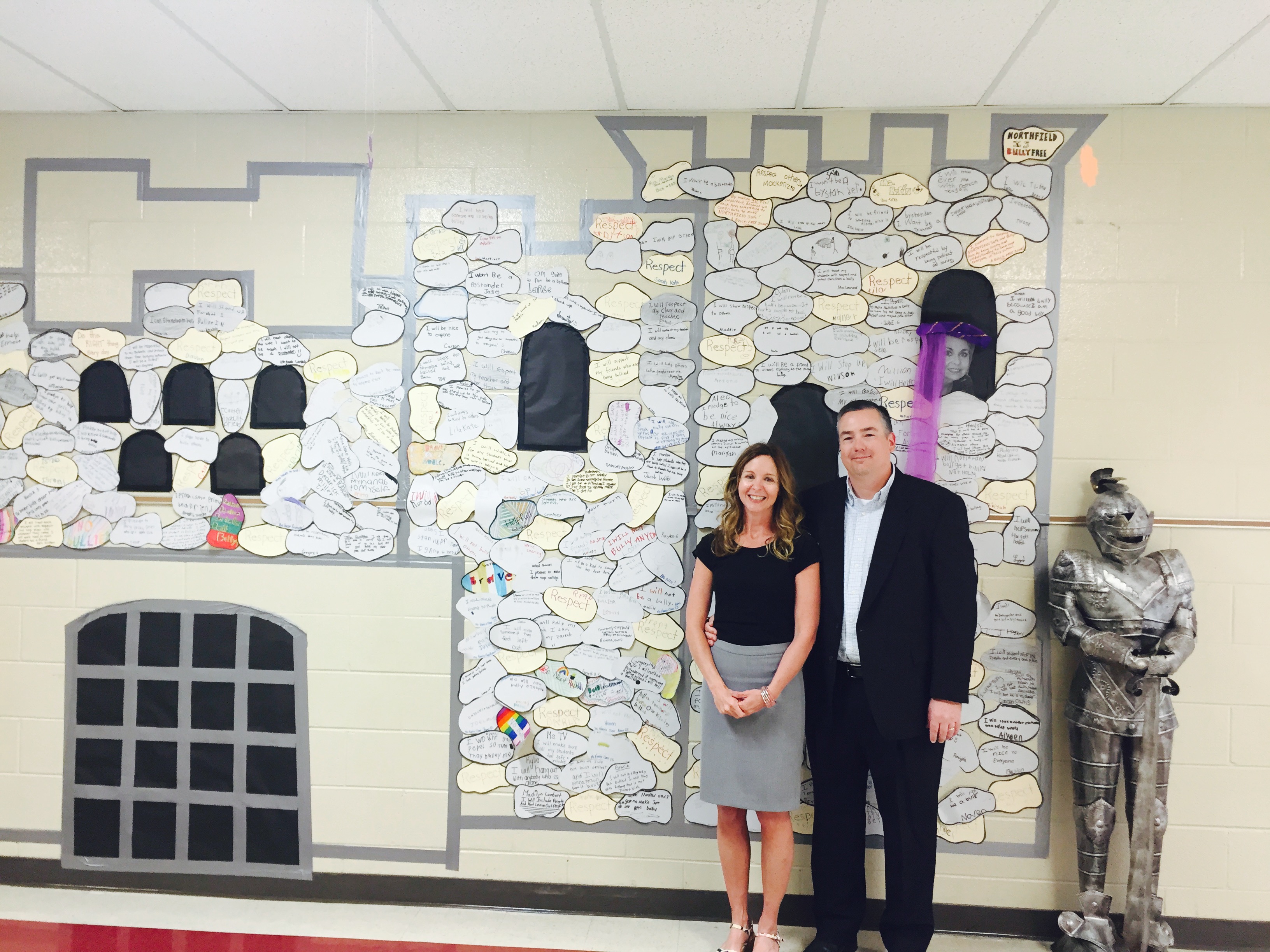 Across from the library was the bully-free wall. Students were encouraged to write their suggestions on how to stop or prevent bullying on grey-edged, stone-shaped cards. And the display was flanked on each side by a serious sentry in a suit of armor. As you navigated the halls you could almost hear the theme from the musical “Camelot!”

Before entering the library, you were greeted by a painted foam board fashioned into a castle entrance on the right, below the half-wall window. Several classes sat cross-legged on the floor between two sets of bookcases faced by a 3-tiered set of risers. 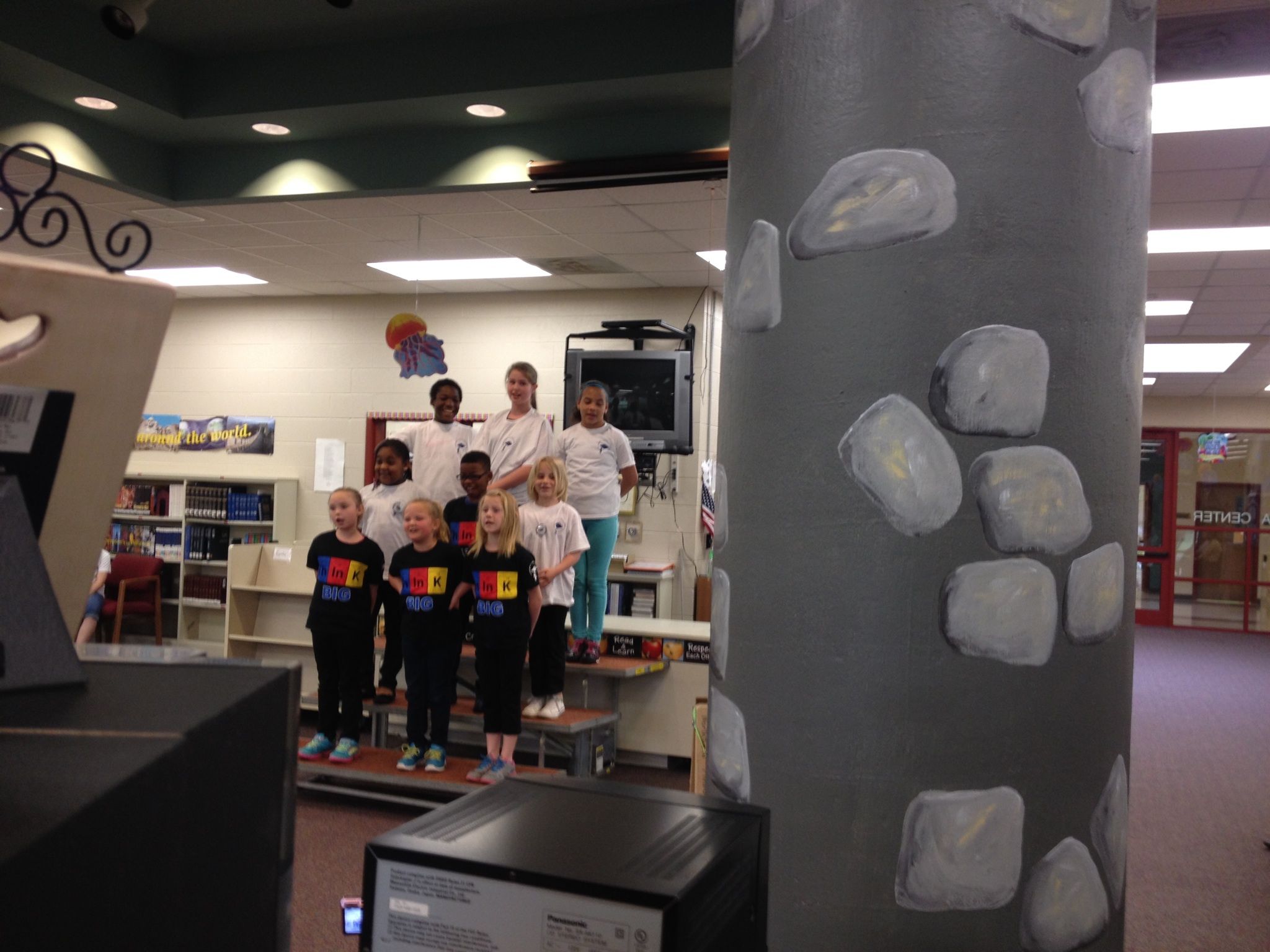 Dr. Gene Loyd, Northfield’s principal of nine years, stood in front of the risers welcoming all and presented a short description of the new Ben Carson Reading Room and its purpose. He also expressed his gratitude to the sponsor, The Deaver Phoenix Foundation and the Carson Scholars Fund on behalf of the staff and students for the realization of the dream.

Dr. Linda Gilbert, Director of Murfreesboro City Schools, engaged the students by asking them how they were doing, to which they rousingly responded in unison “GOOD!” Then, she asked if they were happy to be at the ceremony and the students responded, “YES!” She thanked them for being there with smiles on their faces, even though some of them had the wiggles! She followed by introducing the special guests at the ceremony. Most of them were board members of Murfreesboro City Schools. As each was introduced, they engaged the students by sharing their personal words of wisdom concerning the importance of reading.

At that point, 4th grader, Chelsea, went to the stage. She was selected by her teacher to write a poem for the occasion. She recited her poem about how “reading brings much fun from beginning to end.

Candy Carson then took the stage and started her speech with, “How many of you ever get bored?” which was met with quite a few raised hands. Her follow up question “But do you have to be bored?” raised even more hands as students responded in the affirmative and suggested reading as the mechanism to prevent boredom. She spoke about the amazing power of these brains we have and how we can use them to not only develop ourselves, but explore new worlds. She noted that books take you places!

Mr. Shannon Kelley, Director of The Deaver Phoenix Foundation, which was the primary sponsor for the two Reading Rooms in Murfreesboro, thanked all who helped to make the special site possible. He ended by asking the children to read often and take advantage of the wonderful opportunity they’ve been given. 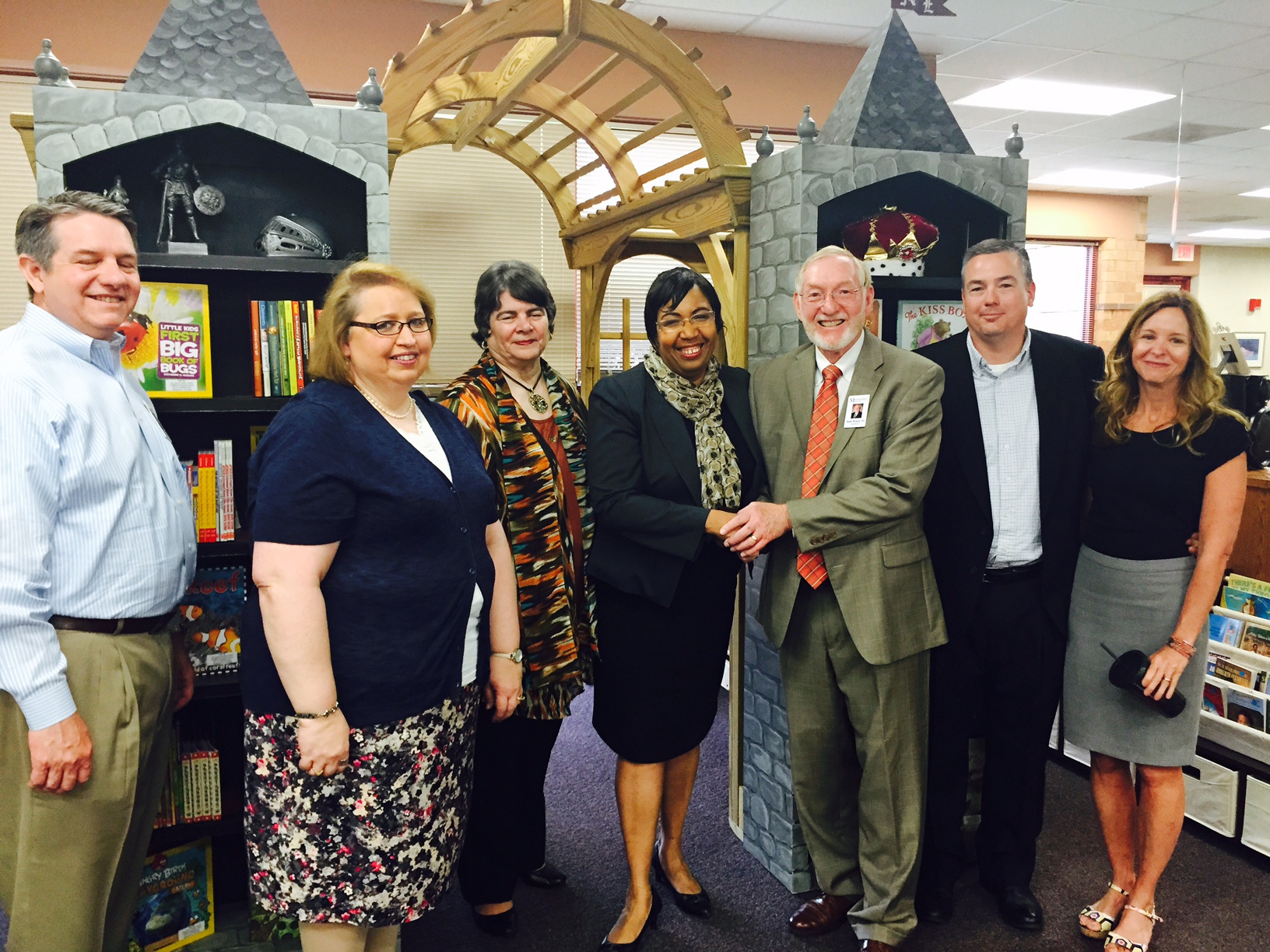 Speaking on behalf of board chairman Butch Campbell, school board member Dr. Andy Brown stepped up. The former chief of staff for St. Thomas Rutherford Hospital began his remarks with a thank you to Mr. Kelley and the Carsons. His appreciation for the quality of Murfreesboro schools started with his enrollment at that very same school as a child! His children and grandchildren attended the school as well!  He closed with, “You can go and do anything with a book and your imagination.”

Wearing Carson Scholar T-shirts, several students from the extended school program (EXP) that meets after the regular school day, mounted the small set of risers. They chanted an original song written by school librarian Janet Paschal, embracing the idea “We can do and be anything….anywhere!”

In her closing remarks, Janet thanked the sponsor, the Carsons and the volunteers where she ended with the school slogan, “Never settle for less than your best!”

Even though space was limited, board members, volunteers and special guests stood in a semi-circle near the reading room entrance. All of them held onto the wide, bright ribbon and after a countdown from 10 to 1, the ribbon was cut and the room was officially open! 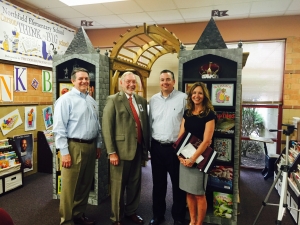 Set in an alcove of the library, a unique open structure similar to a gazebo filled most of the space, bringing the outdoors inside, which was reminiscent of an English Country Garden. Fronted on each side by tall, slender bookcases painted to resemble gray stone turrets, the sturdy structure reinforced the school’s theme of knights and castles, while also inviting exploration into unknown worlds. The entire wood structure, including wide benches facing each other and framework topped by an arched pergola, had a natural finish. The turrets were not only filled with books, but had a few knightly artifacts perched amongst them. They even had pyramidal tops sporting waving flags with NE (Northfield Elementary) in Gothic letters! 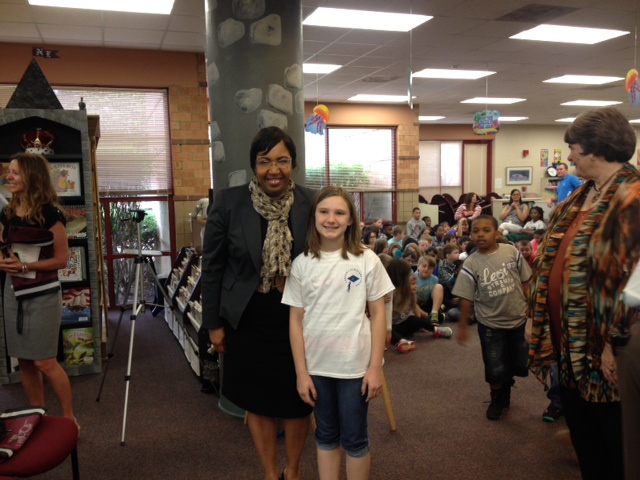 The positioning of the reading room was strategic. Although there was limited space in the school for the room, it is situated in the library and students are able to utilize the new books in the room and the concept of reading for pleasure will make the whole library a more inviting place.