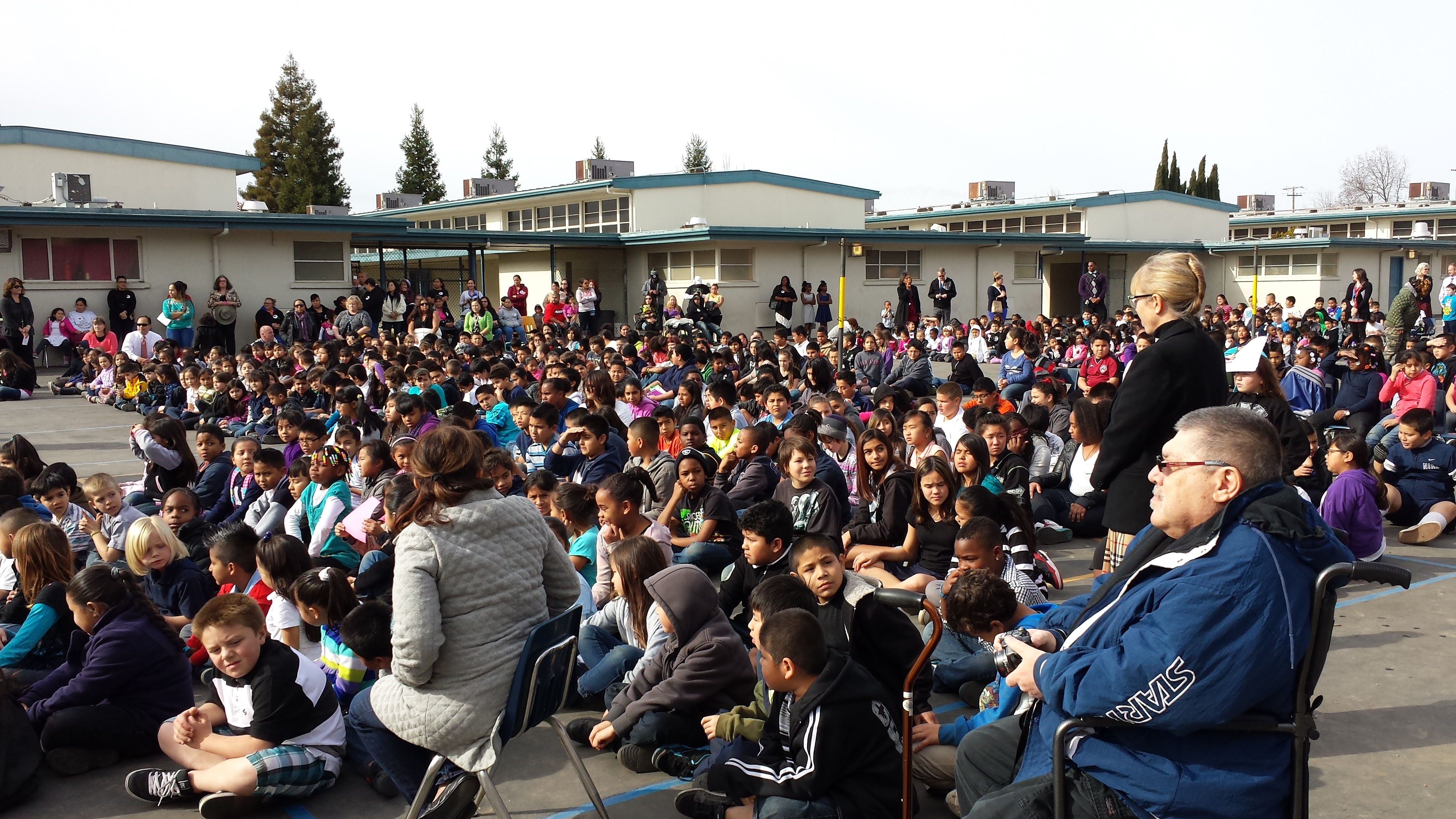 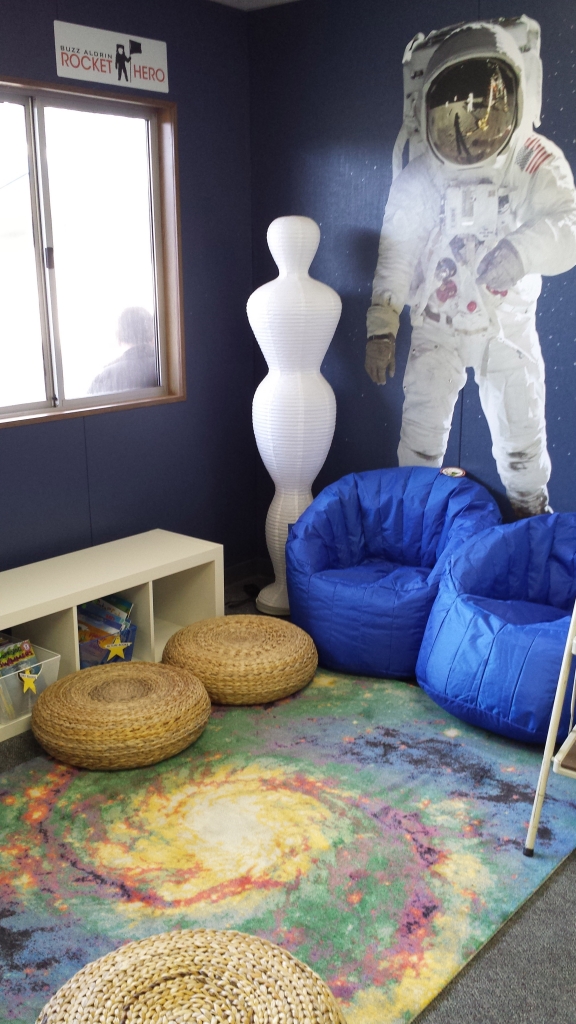 And the final stop was Northridge Elementary, located in the northeastern suburb of Fair Oaks, CA, where there were representatives from the Country Club Optimist Club who had been sent to Principal Flagler’s office…for good behavior! The representatives from the Country Club Optimist Club were the visionaries who caught the dream for the reading room and made it possible with their financial support. The complete entourage crossed the campus to the reading room and had the opportunity to see students hard at work painting the final details on the wall.

Out of five choices, students had elected the theme “Reach for the Stars”. Imagine surrounded in a deep navy blue…the walls, floor…with stars all around…singly and in the form of galaxies like the Milky Way!!! 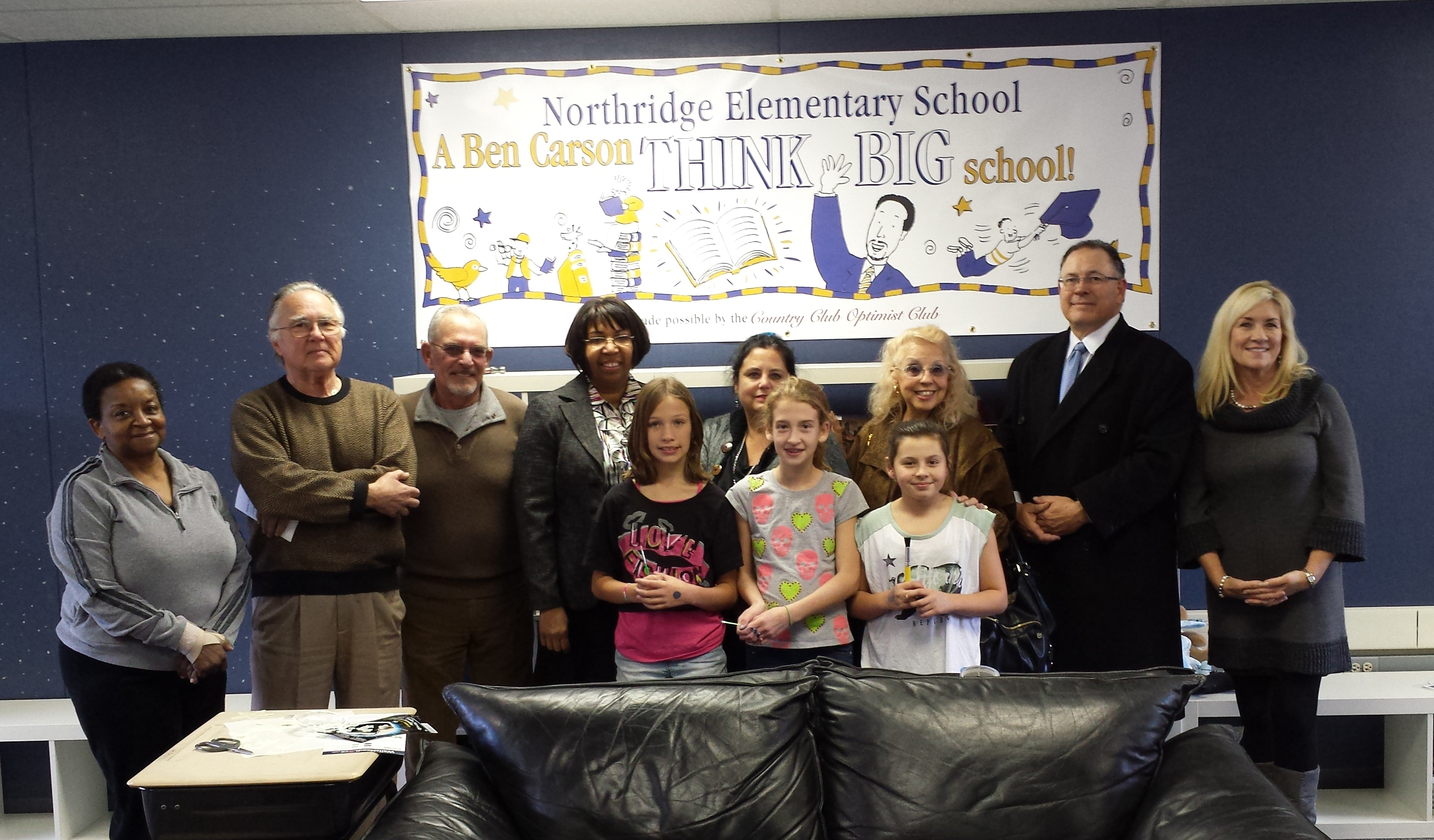 One area of the room is dedicated to space- and moonwalker-astronaut-inventor-author Buzz Aldrin (http://www.biography.com/people/buzz-aldrin-9179894). From the Apollo 11 license plate and Buzz Aldin Rocket Hero bumper sticker to the larger than life-sized wall decal of Buzz in astronaut gear where Apollo 11 is reflected in his face mask, the students will know that he is one of our modern-day heroes!! The muralist, affectionately known as Grandma Dee (a lady who has volunteered at the school during her children and grandchildren’s matriculation there) led in the decoration, employing 3rd, 4th and 5th grade students in the painting of the minutiae of stars and other space details.  Books are organized in bins with labels in the shape of stars, and luminescent stars of varying sizes are slated to hang from the ceiling.  The comfortable Jetson-like furniture surrounds a large rug which looks like a star-studded sky, enabling student to “tiptoe through the galaxy!”

Many thanks to all the organizers and contributors who caught the dream and brought it to fruition for our children’s futures!!

Notes:
27 students from Earl Warren Elementary walked two miles to the program as the crowning touch for their literary project on Dr. Carson.