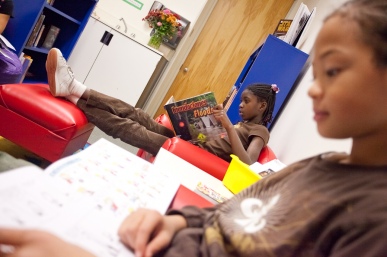 It was a glorious, sunny day in Denver, Colorado as students, educators, and community leaders gathered at five different elementary schools to simultaneously open the first Ben Carson Reading Rooms in the state.  On Tuesday, October 18, 2011 the five schools were linked via Adobe Connect video-conferencing technology, affording audiences in each location the opportunity to view the entire program.  The host school for the program was Isadore Samuels Elementary School in Southeast Denver.

Kristin Colon, President and CEO of Denver Public Schools Foundation, began the program with a welcome, speaking of how this event marked the fulfillment of the mission of DPS.

Several International Samuels Elementary 1st grade students, who were learning to speak English, sang a song about “a place that’s fun for me… a place with books!”  They were from as far away as India, Iran, Congo, Viet Nam and Sudan.  Samuels Elementary is so diverse that there are 28 native languages represented and students from 32 countries.

The ribbon cutting ceremony commenced with an exciting countdown and ended with the Reading Room donor and Dr. Carson’s wife, Mrs. Candy Carson, each cutting the red sash to officially open the room.  Royal blue bookcases held tons of books, and the walls were adorned not only with encouraging words about reading, but also with placards with flags and descriptions of each of the countries represented by the student body – 32 in all.  Since the school has such diversity, one of the bookcases was filled with bilingual books, allowing the reader to compare two languages as they perused them! 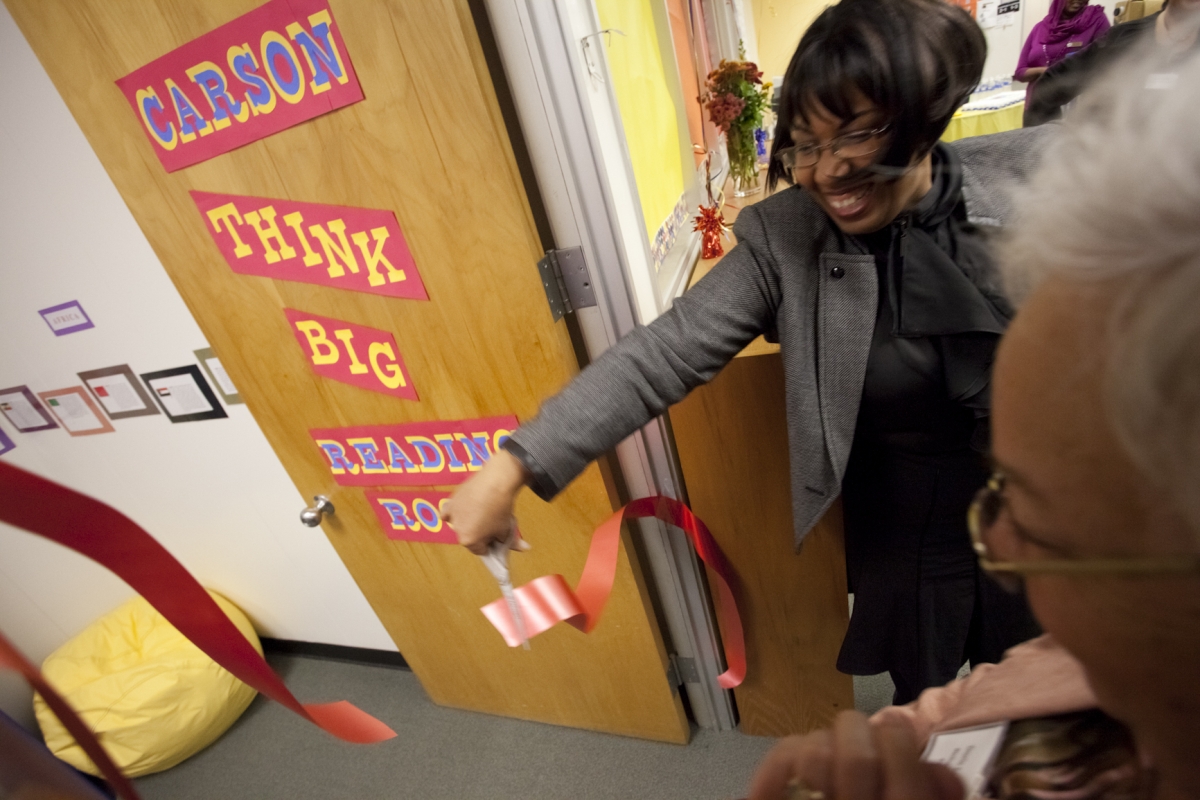 The red vinyl stuffed armchairs with matching ottomans would be a welcome addition to any macho guy’s living room…except for the fact that they were small…just the right size for students to curl up with book!  Bean bag chairs that looked like huge baseballs were in the corners.  The rug in the center of the room made all feel welcome, as it depicted the entire world echoing the world map on the wall!

Special thanks to the Richard Lumsden Foundation for making this dream a reality and for investing in the future of today’s children!