Most people have heard of or donated to the Salvation Army, but few give thought to what the Salvation Army actually does. This “army” develops several outreach activities to address the needs of their surrounding communities; from combating human trafficking and homelessness, to creating programs for youths and seniors. 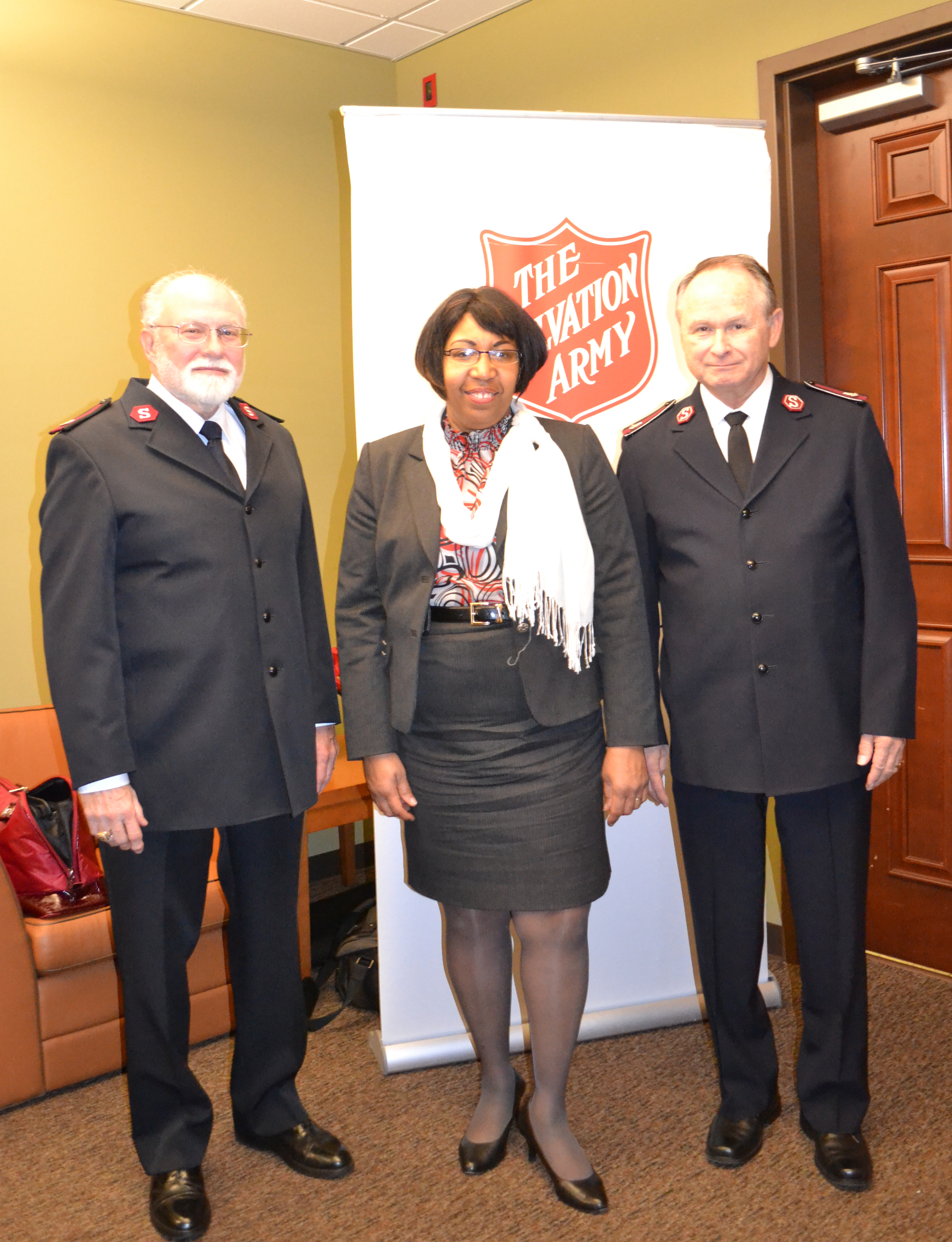 Attending this momentous occasion were Salvation Army officers, community leaders, parents, and children. Master of Ceremony, Major Bert Tanner, THQ (Territorial Headquarters) Director of Development, began the program by asking the audience to reflect on the past in order to create a better future. This was followed by a welcome from Kroc Center officer, Lieutenant Ashish Pawar.

Colonel Terry Griffin, DHQ ‘s (Divisional Headquarters) Chief Secretary, then described the history, vision and mission of the center, and declared how excited the Corps was to be able to provide more learning opportunities through the Reading Room.

Children performed in various ways, a testament to the wide array of activities they were participating in at the center. Several elementary-aged children presented the THINK BIG acrostic. Next, dance teacher Jay White performed a tap dance with two of his students, Jaydyn Lyles & Christon Dunn. The students were young, but boy, could they tap! The dancing continued with an African Celebration dance, performed by several K-2nd grade dancers of the Black Star Educational Institute (which utilizes the facility from time to time). Next Ayinde Green, a home school student, gave a succinct and comprehensive overview of Dr. Carson’s life.  This handsome nine-year-old in dreadlocks was poised, calm, and effective in his presentation.

Several authors were present, including Paige Lackey Martin, who spoke on how imagination speaks through books.  Martin proclaimed, “literacy is the greatest gift we can give our children.”  Fifth-grader King Barnes of the KIPP Strive Academy capably portrayed a painter in front of an easel, as he acted out a skit based on a portion of Ms. Martin’s book “Daniel Keep Dreaming.”

Other authors attending from the community were Carlton Young, whose book “From Home to Homeless to Success” heralds his journey from homelessness to becoming a successful businessman and entrepreneur; and Calvin Ramsey whose work “Ruth and Green Book” depicts the utilization of the Green Book, a travel guide for African Americans, providing information on safe travel destinations in the United States from the 1930s through the ‘60s.  This book is being made into a puppet show which is already scheduled to appear at Washington, DC’s Kennedy Center. 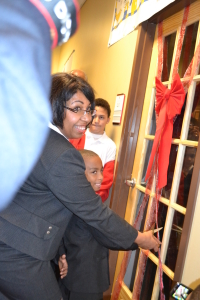 Next Nzinga Jones, a fourth grade student, eloquently introduced Mrs. Candy Carson including the story of how she and Dr. Carson met. After thanking the donors, organizers, and volunteers for all their efforts in bringing the Reading Room to completion, Mrs. Carson shared her thoughts on how books can impact one’s life.  “Not only can you keep from getting bored by losing yourself in a book, you can also find yourself!  Reading opens you up to new ideas and opportunities.” She ended by stating, “anything you can conceive and believe, you can achieve!”

Finally, the ribbon was cut and guests were allowed into the new Reading Room. The room had a celestial theme, with stars on the ceiling, sparkling shelves, and lava lamps. The Center even has an evening reading program, where kids can wrap individual reading lights around their arms and enjoy their books in a pop-up tent in the dimly lit room. 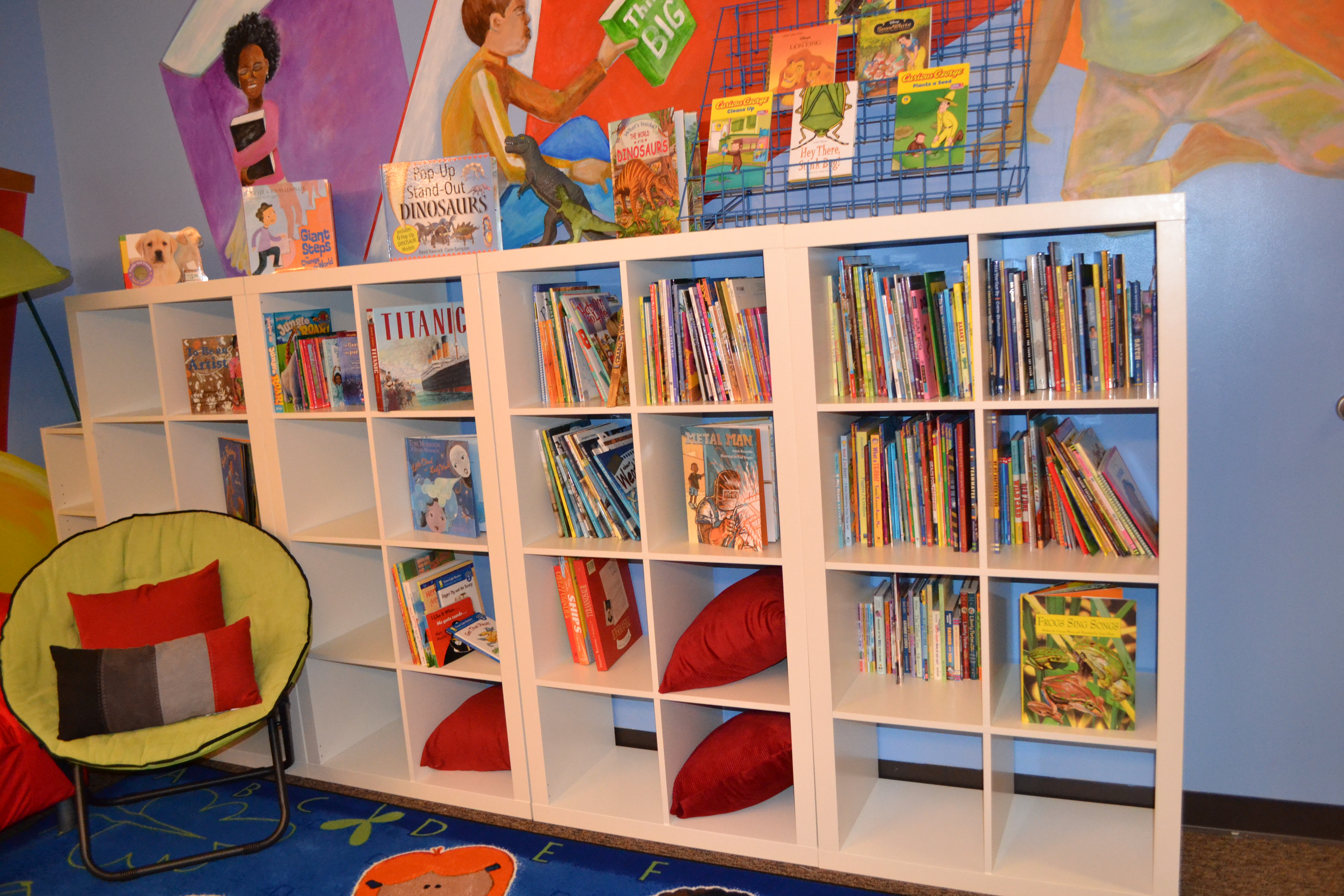 The walls were painted with murals of children reading or walking on the clouds while carrying books, and special planets with interesting names like “philanthropist,” “leader,” and “engineer.” This room shows kids that “the sky’s the limit!” 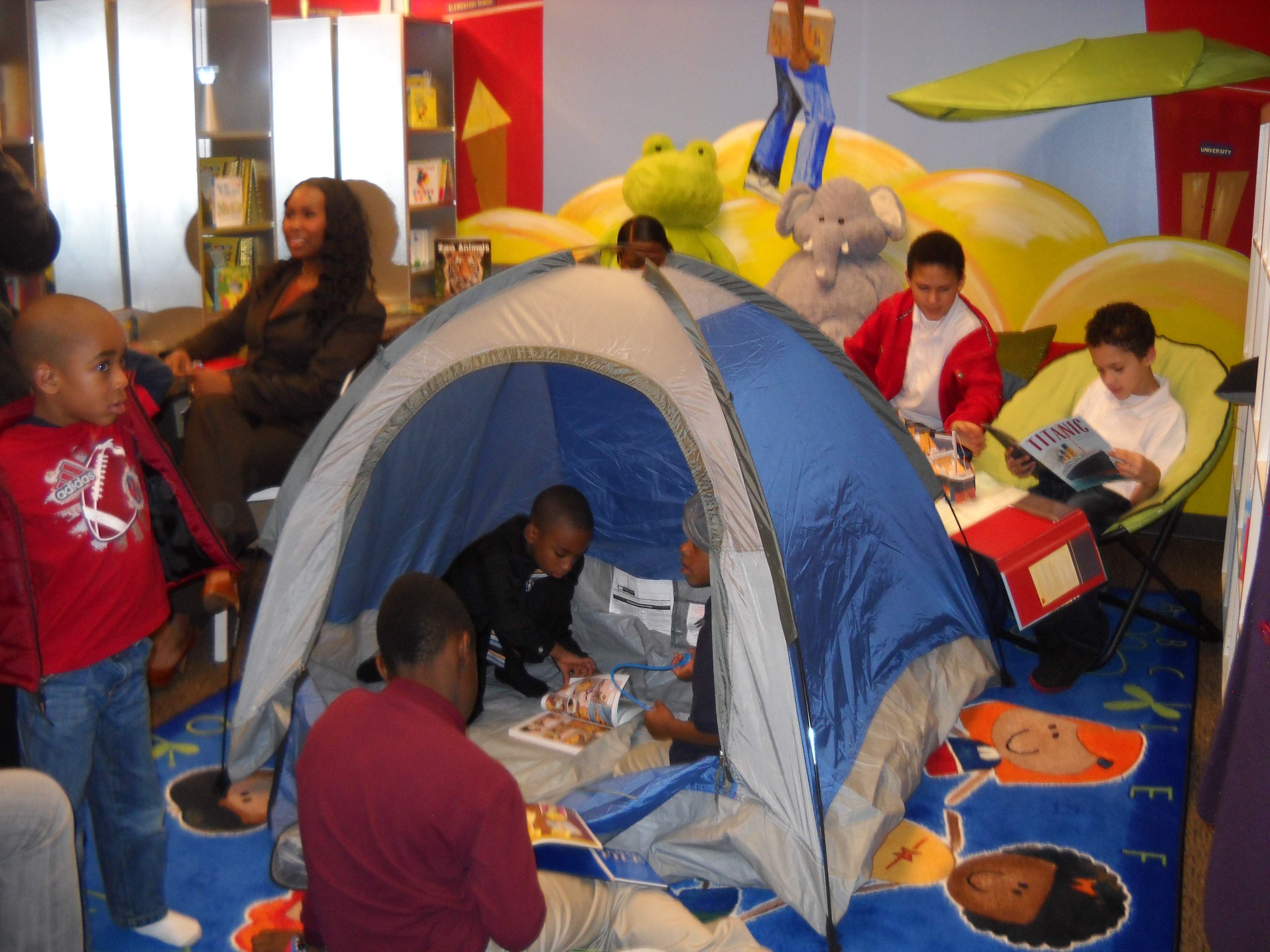 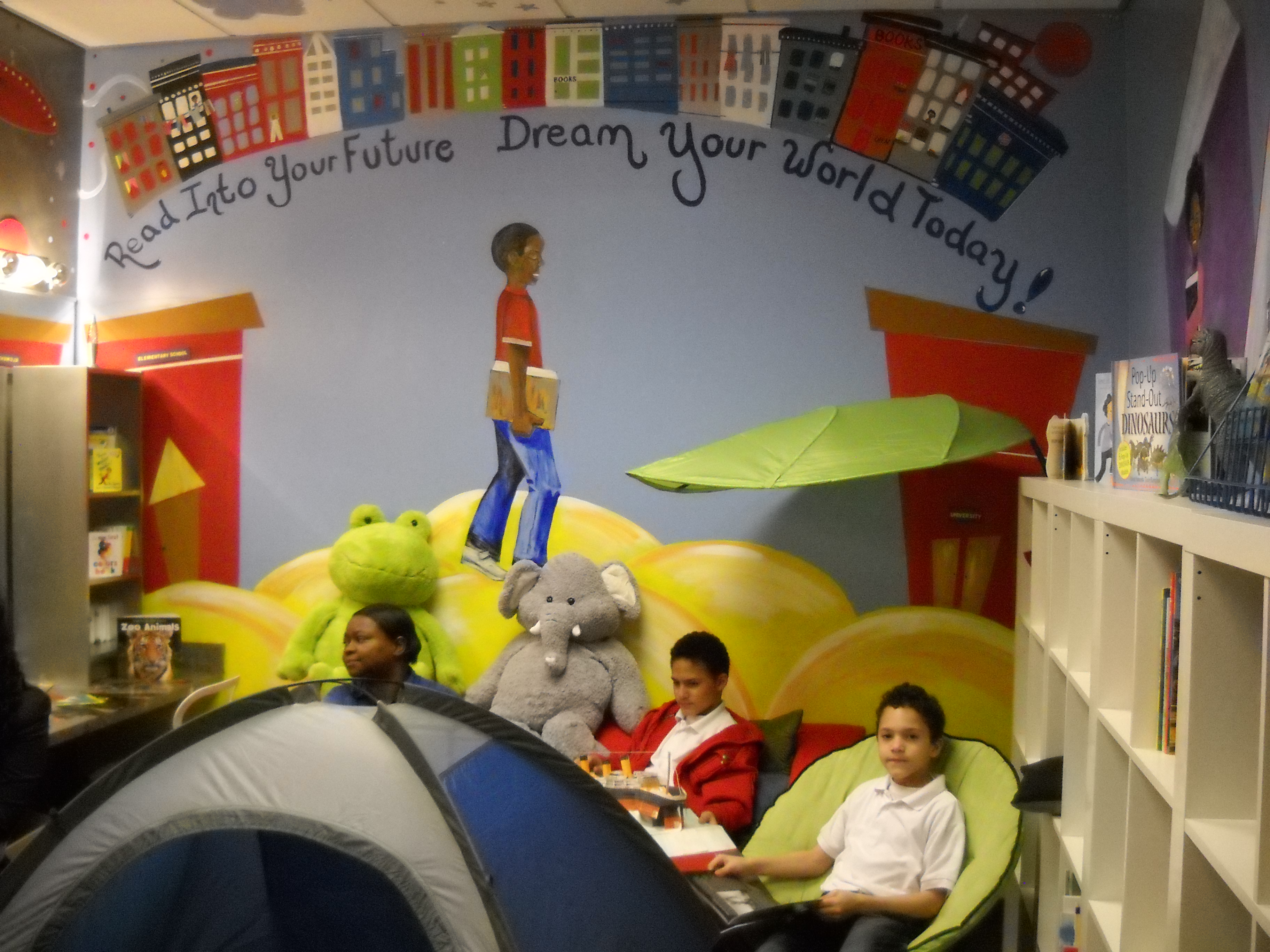 Special thanks to David and Dorothy Bower who sponsored the room, and to the many thoughtful and creative volunteers who helped to bring this dream to fruition!