Learn more about the Delaware Chapter 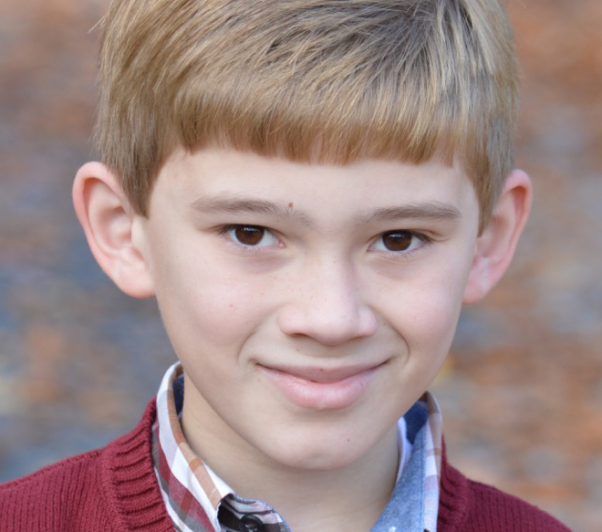 Weston is a 5th grade student at Lake Forest Central Elementary School in Felton, DE. Weston is a member of the Harrington Sunshine 4-H Club, the Lake Forest Central Elementary Olympics of the Mind Team and the Troop 141 Cub Scouts. His favorite hobbies are playing video games, baking, swimming and photography. Weston received first place in the 2015 Delaware 4-H Equine Art Contest and the 2015 DSEA Read Across America Challenge. He is currently working on a project, Can you See the Road, to make the roads in Kent County safer for drivers and passengers. In addition, Weston volunteers his time organizing book drives, taking part in the Polar Bear Plunge to benefit Special Olympics of Delaware and helping at the Society for the Prevention of Cruelty to Animals.

Our 23rd Annual Maryland Awards Banquet took place on Sunday, May 5 at Martin’s West and was as impressive as ever, with over 1,000 people in attendance to celebrate the 2019 Carson Scholars. We were thrilled to have WBFF-TV news anchor Jennifer Gilbert serve as this year’s emcee. The event started with a procession as five Hall of Fame members, 153 recognized scholars, and 149 new scholars entered the venue greeted with a round of applause from the audience.

The Carson Scholars Fund makes a point to include as many scholars in our banquets as possible, and this year was no exception. 2019 scholar Faith Andreen was called to the stage to deliver the Pledge of Allegiance, followed by Noah Milad, who delivered an amazing rendition of “God Bless America.” We had the pleasure of being joined by board president Dr. Nancy Grasmick, who delivered the welcome. Dr. Grasmick was joined by Mrs. Toby Orenstein, Dr. Ben Carson and Mrs. Candy Carson to present the Trailblazer Award to this year’s honoree, Mike Lindell, inventor and CEO of MyPillow. The Trailblazer Award is given to an individual with a pioneering spirt who has positively impacted society with his/her innovative ideas. After Mike Lindell’s gracious speech, three-time scholar Enzo Santillan delivered the blessing followed by Skylar Podraza’s beautiful performance of the song “Hallelujah.”

The event ended with our salute to the 2019 Carson Scholars. Family members, friends, educators and donors all cheered as the scholars stood to be recognized. The scholars grabbed their whistles and made some noise to celebrate an amazing conclusion to another Maryland Awards Ceremony. View photos from the banquet.

What an amazing evening honoring our 2014 Carson Scholars! On Sunday, April 6th, 2014 the Carson Scholars Fund gathered at Martin’s West in Baltimore for the 18th Annual Awards Banquet. Legendary newscaster Sam Donaldson served as Master of Ceremonies. Guests heard inspiring remarks from Kirk Cameron, television and film actor; Aubrey Chernick, philanthropist and technology entrepreneur; and Brooks Robinson, All-Star third baseman for the Baltimore Orioles. Most important, congratulations to all of our new and returning scholars for a job well done! Read more.

Eleven Delaware Carson Scholars were honored at the 18th Annual Maryland Awards Banquet on Sunday, April 6, 2014. This year’s scholars are as remarkable as ever and, as always, we continue to be very proud of all of the incredible work they continue to achieve.

21 Carson Scholars were also recognized for their continued academic achievements.

Eleven Delaware Carson Scholars were honored at the 17th Annual Maryland Awards Banquet on Sunday, April 7, 2013.  This year’s scholars continue to impress us, and we are very proud of the remarkable work they have achieved.

27 Carson Scholars were also recognized for their continued academic achievements.